Understanding the Basics of Low-Code No-Code

Creating web applications is often a time-consuming and expensive process, as it traditionally relies on developers and engineers to code the application from scratch. However, over the past few years, the introduction of no-code and low-code platforms provides teams (inside IT departments and beyond) with the resources to build applications more efficiently and more straightforward than conventional programming.

In fact, one study found that since the COVID-19 pandemic began, executives identifying low-code and no-code platforms as their most vital automation investment increased 16%. So what do the terms no-code and low-code mean exactly, and should your business adopt the technologies into its operations?

The first pro of low-coding is that developers do not need an extensive background in coding or programming to build an application. However, it is much easier to grasp and master low-code with a programming background.

Low-code takes a fraction of the time to build an application compared to traditional coding. With low-code, developers can create applications in as little as a day, while conventional programming may take months.

Pricing for top-tier, low-code programs such as Salesforce starts at only $25 per month per user. The price for low-code enterprise plans for global companies can rise to the tens of thousands, but keep in mind that companies should not need to hire as many developers when implementing low-code, since applications will require much less time to develop.

Individuals fare much better with low-code platforms when they have experience developing applications using traditional coding. People can learn low-code without prior knowledge of development, but the individual should expect a more significant learning curve.

Since low-code focuses primarily on ease-of-use and speed, it is common to discover that low-code platforms are weaker in other areas. These weaker areas commonly include the ability to scale the application and its performance.

In contrast to low-code, which is aimed towards individuals with a developer background, no-code is geared towards individuals without programming experience. However, low-code and no-code are similar in that they both focus on programming through a visual process using drag and drop coding. Since no-code does not require a programming background, people outside IT teams commonly pursue this route when creating an application. Examples of popular no-code platforms include WordPress, Wix, Shopify, Zapier, and Monday.com.

Even more straightforward to use than low-code, no-code is the easiest way to program an application due to its straightforward drag and drop coding. Individuals can see what the webpage they’re creating will look like in real-time and can edit accordingly.

Gone is the need to hand-code. No-code allows individuals to put together an application in as little as a few hours. Therefore, an application can be started in the morning and be live by the afternoon, instead of taking months to create like the conventional methods often require.

No-code allows businesses to forgo hiring developers, which can be very costly. Instead, someone already employed by the company can likely develop the application at a fraction of the cost.

The templates that no-code platforms offer help increase turnaround speed and reduce the learning curve; however, they also allow less customization. Therefore, developers may run into issues as they create an application since the template may not allow a developer’s desired configurations and actions.

Security is an issue for no-code platforms since the code is created and operated by another entity. Hackers may go after the host platform and gain access to user information as a result. Furthermore, since no-code platforms govern the technology stack and the code is ready-made, users do not have much control or backend knowledge over their application. This is especially troublesome if a company finds itself in a compromising situation.

3) Transferring To A New Platform

When the time comes to transfer an application to a new host platform, users are pretty much out of luck. No-code platforms are notorious for making it nearly impossible to switch applications unless users are willing to spend a great deal of money. They can do this because no-code platforms provide and own the source code. Therefore, they frequently keep the source code under wraps as a way to keep users on their platform.

Is Low-Code or No-Code Right For You?

Although similar, there are instances when it is better to use low-code over no-code and vice-versa. This depends on use cases and the end goal of the project.

Low-code is better for more complex projects that require integrations with APIs and systems, as well as projects that will collect data from multiple locations. An example of this is building an internal application for a company’s marketing team to track the approval process for their social media content. Additionally, low-code can be used in most cases unless the project is highly advanced, such as computing prices for thousands of products located in various warehouses around the country. On the other hand, no-code is the better option when the project revolves around front-end development and is a more simple and smaller project like building a landing page for a new product.

Do you have any questions on how Quantilus can help advance our small business using cutting-edge technologies? Contact us at info@quantilus.com for a consultation and learn more about what Quantilus has to offer here. 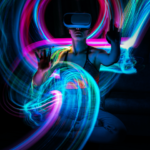 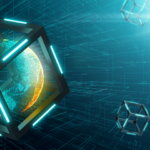 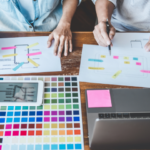 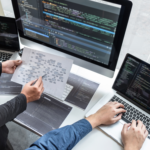 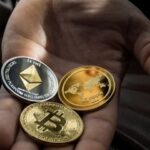 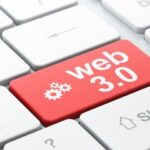 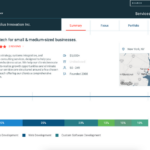 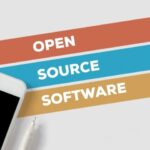